This post is the continuation of a series documenting our decade old trip to the Northern parks of Tanzania. As the lockdown in my city due to the pandemic keeps on extending it gives me adequate time to complete this series. Hopefully the disease burns out sooner rather than later and I have new travels to talk about rather than reminiscing about old ones, but for now this is as good as it gets!

We had one night at the Ngorongoro Serena lodge at the edge of the famous Ngorongoro crater coming up. Enroute we were going to visit the Olduvai gorge which is one of the most famous paleoanthropological sites in the world & provided a lot of insight on human evolution. We also had a Masai village visit scheduled before we reached the hotel. Usually I don’t like visiting the tribal villages because I feel that it is exploitation of the indigenous people for tourism purposes. Hadji told us that these villages partly depend on the tourists visiting for economic purposes which isn’t a very good thing but the hard truth. So we decided to give it a try since it was on our route anyway.

As we were staying in the Serena Serengeti Lodge inside the park we would have a safari just on our way out. This was our last safari in the Serengeti and we were hoping it would be as memorable as our other safaris there. We got up early and finished our breakfast ( Vacations in a national park are not for the late risers! ) and got our luggage ready & loaded into our land cruiser.

We bade the extremely nice staff at the lodge goodbye & started out towards the park gates. The first sighting that morning was a herd of Cape Buffalo. These are extremely powerful and unpredictable of the herbivores. Even lions are scared to attack these herds unless desperate as the chances of getting gored by the huge horns on these creatures is significant. We were lucky enough to see them up close without any of the herd getting impatient. Sadly I had kept the camera settings unchanged since the previous evening and was not experienced enough to take test shots before leaving. That meant that I overexposed most of the photos in the first half an hour. Post processing can do wonders nowadays since I shoot in RAW , but I was shooting in JPEG those days and I could only do so much to retrieve the details, Sigh!

It is impossible to drive in the Serengeti for more than half an hour and not sight a huge herd of Zebra & Wildebeest. That didn’t change that morning too and we got our last mega herd sighting for this trip.

As luck would have it we also got our first close up sighting of the black backed Jackal. These omnivores are usually solitary creatures and we saw a fine young specimen so well camouflaged in the grasslands looking at the herd we had just left behind. While they are too small to hunt fully grown zebras or wildebeest, any calves or smaller animals are fair game to them. We stopped for a few minutes to observe what he would do next. He didn’t like his chances after a few minutes of observation and trotted away in the opposite direction to find easier game.

Fortunately that was the end of my overexposed shots as I checked to see my jackal photos and let out a few of the choicest Hindi expletives. I thought the photos were lost for good but thankfully they are at least somewhat salvageable due to my experience with post processing 10 years down the line.

Next we came across a huge herd of Thomson’s Gazelles. We were lucky enough to witness a duel between two young males. The duel between antelopes can be fierce and over the years I have a good series of photos of different antelopes duelling, the last being a duel between two blackbucks on my trip to Velavadar National Park in Gujarat( Velavadar, Part 2 – Looking into the eyes of a Wolf!). This may have been the one that started it.

Also after a few years of photography your outlook to what constitutes a good photo also changes. Earlier I would only want close up photos of wildlife but over the years I have come to realise that herd shots with the landscape around it can also make for a good frame. A good example is the next sighting that we had. A Kori bustard was standing on a mound and looking at the herd of Thomson’s Gazelle that we had just seen. When I took the photos I was hoping that the bustard would be a bit closer, but now I am happy at the shots that I got. It perfectly encompasses what the Serengeti is all about – Great landscapes with great wildlife!

As we approached the gate and feeling sad about it a lone lioness came up from what seemed like nowhere and walked right across the road in front of the car. It was not a full pride that we had seen on almost all of our safaris here, but the sighting meant that we had seen the famous lions of the Serengeti on all of our days here. We had a big smile on our face after that and seeing these photos brings that back even today.

The Serengeti landscape that we had roamed amidst for the past few days was also coming to an end. People describe the landscape here as plain and boring, to me it was awe inspiring. The grasslands that go on and on makes us realise how small and insignificant we are. I didn’t take a lot of landscape shots during my time there but I hope to rectify that grave error sometime, hopefully soon.

The last sighting before we reached the gates and the checkpost was a pair of Ostriches standing amidst the grassland. It was a pretty photo to end a series of pretty photos that we had taken in our 3 days here.

We reached the checkpost and Hadji went in to do the paperwork. We were waiting outside when the better half spotted some brightly coloured little birds in the trees around. We walked ahead to get a better view, they were a flock of Yellow fronted canaries. The birds provided us with some entertainment as they chirped and jumped around the tree and making me work for my photos.

We had our attention purely on the trees above with the canaries when I spotted something scurrying in the bushes below. It was a African Field mouse, the rodent was kind enough to pose for the camera before scurrying off into the undergrowth. It’s ironic that the last animal photos I have of my time in the Serengeti National Park filled with all kinds of wildlife are those of a field mouse, but a good photo is a good photo!

This was one of the few times when I actually asked for a photo of us to be taken at a board or gate showing that we were there (Patel point photos in the words of one of my close friends! ). Hadji was kind enough to oblige and we posed happily in front of the gates of the Serengeti National Park.

We then drove to the Olduvai gorge and took a guided walk through the small museum and took photos of the iconic hillock which has been the site of a lot of paleoanthropological discoveries of our time. As with most guided trips I hardly remember any of it – that’s the reason why I don’t do guided tours anymore unless its compulsory for entry into a place I really want to see. The fact that I have more photos of the parking lot and weavers in the trees around than the museum itself shows where my interests truly lie.

We then left the Olduvai gorge and next visited the Masai village. It was an experience in itself! I did something that I have never done prior nor am likely to do in the future – dress up in Masai clothing! Since we were on our honeymoon we got special treatment and even had a short Masai wedding ceremony. What was surprising was that even the Masai have a tradition of changing the brides name like Indian weddings. Even more surprising that I remember the better half’s Masai given name – Namnyaki which means blessings.

What I remember most about the Masai village was their innovativeness. They all had footwear made from old car tires and leather straps. They now have schools for their young where English is taught in addition to their mother tongue. Even though the Masai have lost a lot of their traditional grazing lands due to the national park , they have gone from hunting lions to being their best protectors after realising that its the wildlife that is their way to a better living.

We then left the Masai village after buying a few trinkets that the better half has kept safely till this very date.

Next stop was the Ngorongoro Serena lodge which is located at the edge of the Ngorongoro crater. We had a packed lunch en route and soon we were in stone building at the edge of the crater. After the cottages at the first two parks it seemed like a step down. But what it lacked in expanse it made up for in views and the beautiful gardens amidst the two levels of the lodge.

We were surprised to see a duiker (small antelope ) hiding amidst the bushes. The staff said that it might be injured and hence hiding as this was a safe spot to hide from predators. We took a few photos of the frightened little antelope before leaving it to recuperate.

The rest of the evening was spent relaxing and taking photos around the lodge itself. Dinner was as good as we had come to expect from the safari lodges and we enjoyed our last night in a safari lodge in Tanzania. 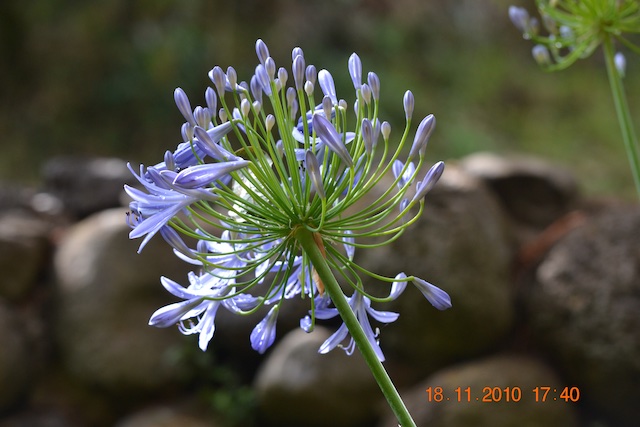 The next day we had a full day safari inside the wildlife rich Ngorongoro crater with the long pending lunch in the wild that Hadji had promised. Even though we had just come from the most wildlife rich park on the planet the crater had something special – the chance to see the endangered black rhino. Whether we would be lucky enough to see them is the topic for some other post, some other day.