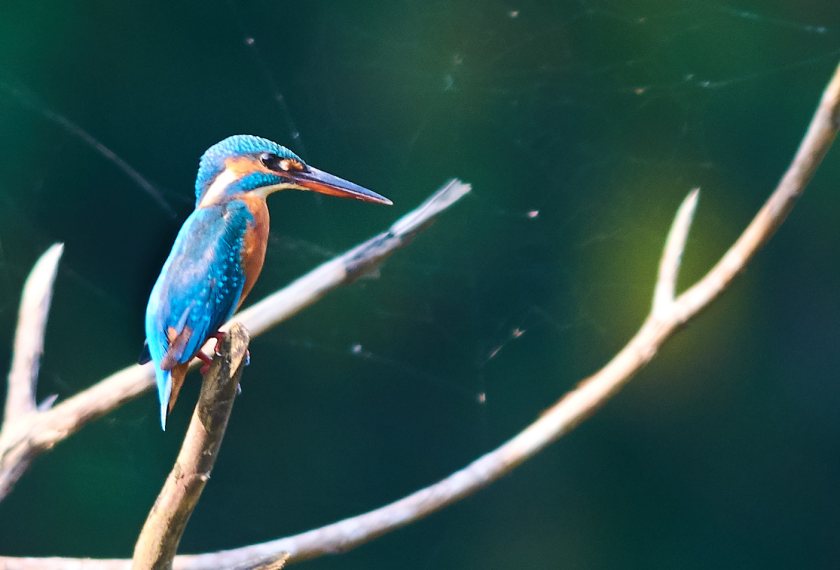 When you think of Kerala the things that immediately come to mind are the backwaters, the beautiful beaches, temples and hill stations. So when I decided to include Thattekad in my itinerary for my short vacation to Kerala, most people went thatte – where??

Ever since I have started bird photography and birding as a hobby I have been researching for birding destinations all over the country and the world. So by now I have a list of places that I want to go to every year in birding season & Thattekad was pretty high on that list. So when we decided to go to Kerala, Thattekad automatically went on the itinerary.

Thattekad Bird Sanctuary is located in the evergreen forests along the Periyar river. We had booked a room at a home stay called “The Jungle Bird” which is one of the few places to stay in the region & located right inside the park as a bonus. We had asked the owner Girish to send a taxi to get us from Ernakulam after we had returned from our time in Alleppey. The taxi driver met us outside the bus station and soon we were on our way.

Our car zoomed through the state highways and as we approached our destination it started getting greener and greener. Soon we were inside the gates of the park where we were warmly welcomed by Sudha , Girish’s mother and shown to our room. We quickly freshened up and went down for lunch which was served in the dining room of the family.  After having a traditional Kerala meal with lots of rice and veggies we were quizzed on our interests in birds by Sudha, I think I passed relatively unscathed!

Birding in Thattekad needs good guides, because the forest is dense. If you go without a good guide to lead you around, you might come back wondering what all the fuss was about. Thankfully we had not one but two expert guides in Girish and Sudha who have not only been doing this for a long time, but they have an enthusiasm which is infectious.

Another thing important for birding is the type of people you go with, the better half is an excellent spotter and knows how to behave in a forest but if you have a noisy group along then you might as well sit in your room. Thankfully we lucked out here too, as the only other person staying in the home stay as a guest was an avid birder who was even more into it than I was.

After lunch we went up to our room on the first floor which had a balcony which looked onto a lake just behind the house. So we spent time on the balcony just enjoying the view. There were a flock of whistling ducks in the distance so I got some practice for long distance photos through leaves.

The 300mm immediately got a chance to show its versatility as the next thing I saw was a pretty damselfly right in front of me.

The property was also home to a handful of cats one of whom looked just like my Pukku back home.

Soon it was time for our evening stroll through the forests trying to find birds. We were led by Sudha that day as Girish was away. We reached the lake and there was a common kingfisher basking in the afternoon sun, which is always a pretty sight.

As we got on the main road and as we reached a bridge that crossed the Periyar river there was a spotted deer on the banks below and a white throated kingfisher displaying its catch.

Soon we turned off the road into a track leading into the forest and there was conflict between the birder and the macro guy in me whether to look up to search for birds or down to search for colourful insects. So I left the job of finding the birds to Sudha and went about photographing the macro world till we came onto some birds. 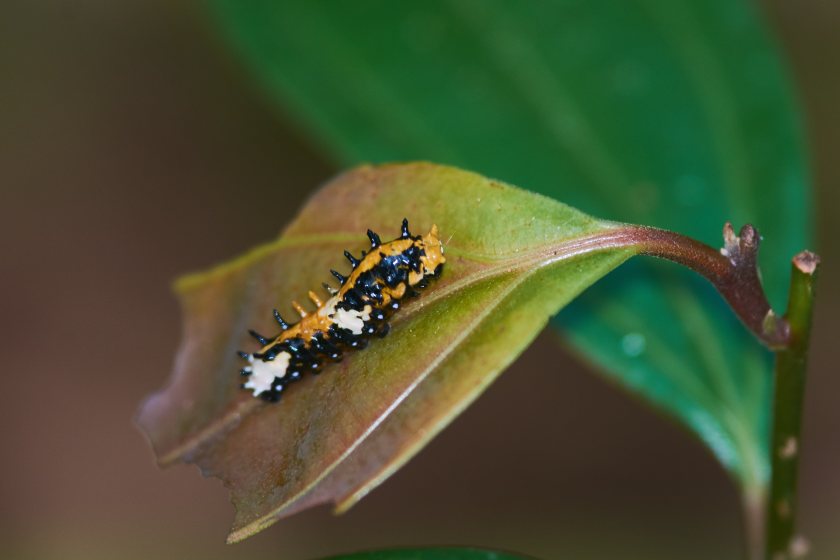 Soon we came on a pair of Malabar Hornbills making a racket and jumping amidst the branches. One of them jumped into the open for just enough time for me to take a photo.

Sudha was surprised as the sightings were not as much as she expected. But we were having a great time just walking in the forest, away from it all. We saw a jungle owlet high up on the tree looking down at us wondering what we were doing in the forest.

As we walked on the sun started to set and the light started to fade. Girish joined us then to search for one of the elusive birds of the subcontinent, the Indian Pitta. It is very shy and only calls around sunrise and sunset.

As we searched for the pitta we saw a rufous woodpecker, racket tailed drones and white cheeked barbets, but the light was not favourable for photography.

We next came upon a Dollarbird sitting on its perch and even though I knew that I wasnt going to get a good photo I still gave it a go.

As our search for the Pitta continued , the bird like clockwork called out at 6pm and Girish with the use of his superb flashlight was able to trace and show us this beautiful and elusive bird.

The Pitta continued its calling and jumped around from branch to branch for quite some time before it decided that enough was enough and disappeared into the foliage.

Although the photos don’t do it justice , seeing a Pitta in all its glory in its natural habitat is something that the birder in me will remember for a long time. Just that sighting had made the slight disappointment of the lack of good sightings that evening go away

That marked the end of our walk and we soon boarded the auto rickshaw  Girish had arranged for our journey back. We reached the homestay  and had a cup of coffee on the porch while live entertainment was provided by the resident jet black cat hunting down the flies attracted by the light outside the porch.

The day ended with a hot delicious meal which consisted of a delicious fish curry for me and veggies for the better half with chapatis, rice and the ever present pappadums. It had been a great introduction to this wonderful part of Kerala.

We still had 3 more birding walks before we left Thattekad and I knew that whether I got good photos or not I would have a great time with Girish and his family.

But that is story for another post another time.