As winter approaches it brings with it to the Indian Subcontinent a respite from the heat and as a bonus, scores of migratory birds come to the various birding hot spots all over the country from all over the world. Birding is a passion of mine & I always try to make time from my schedule to go to a bird sanctuary for a couple of days in the birding season which runs roughly from November to February.

Last year I was unable to go to any  bird sanctuary during the winter and was feeling bad about it when my friend called asking me if I would come to the Bhandup pumping station in Mumbai where some rare bird had been apparently spotted. I never look a gift horse in the mouth and gladly agreed!

Both of us were going to this location for the first time and had no idea what to expect. I had heard that there were flamingos to be found in the Thane creek and spotting some would have been enough for me. Sure enough we got flamingos, but not just a few but in the hundreds and also a variety of other birds

We left early morning from our houses by my friend’s car. Being Sunday morning there was no traffic and in no time (for Mumbai standards) we were turning off the Eastern Express highway on to the road towards the pumping station. After asking for directions at the pumping station gate we were pointed to a narrow dirt road leading to the mud flats and the creek shore.

We parked the car and spent a few minutes in the grassy field just adjacent to the creek where we spotted a long tailed Shrike on its perch trying to spot its next meal. It obliged us by posing wilfully for the cameras and we got some decent photos.

There were also a few plain Prinias among the bushes. They are notoriously fidgety birds who hardly sit still so getting a good photo is always a task. We did the best we could and moved towards the jetty as we could see a crowd gathering there!

As we went towards the creek shore we saw a makeshift jetty & a sizeable crowd of people there. We enquired and found out that there were boats which actually went into the creek to get close to the water birds and this group had booked the boats to take them in. We had lucked out,  it was high tide that morning & boats can only go out from the jetty when the tide comes in. Otherwise we would have had to go back after taking photos from the shore.

We awaited our turn to get into the boats as we were tagging along with people who had booked their ride previously. Till then we passed time taking photos of some sandpipers and black winged stilts that were walking around on the muddy banks.

Soon it was our turn to get into the last of the three boats that were running that day.  This is not a regulated boat ride, its just a few boatmen who have realised that there is more money to be made by ferrying birding enthusiasts than in fishing, but I am not complaining!

As we started off into the creek we passed groups of Stilts standing by the shore line, amidst the more numerous stilts were a few curlew, a pair of spoonbills, grey herons . The boat ride had just begun and it had already exceeded my expectations. I had not expected to see a handful of birds on the entire ride and had seen 5 species in 2 minutes.

As we moved on there were huge flocks of Flamingos seen ahead in the distance and it was really a beautiful sight. I had been to so many parks trying to get close to these pink birds both in India and abroad & it was ironic that I got closest to them an hour away from home. There were greater and lesser flamingoes gathered around in huge groups all along the creek.

I found out that the huge group of people was here searching for a pair of Common Shelduck that unlike their name were extremely uncommon in this part of the world. So our boatman searched for these birds and sure enough we found them hiding out among a group of flamingos. So we took a few pictures before they got tired of being followed around by a noisy boat and flew off deeper into the creek.

Our boatman Ganesh also said that a group of pied avocets with their awkward upturned beaks had also been sighted so we turned our boats towards them and got a few good photos of the beautiful birds before they flew away.

We had spotted a group of Northern Shoveller ducks while moving out but in our hurry to see the Shelduck we had not stopped to take photos. Now they were nowhere to be seen. I decided that I would be back for them another day with the better half, who is a huge fan of the pink birds! I took the  phone number of the boatman as we reached back to the jetty to coordinate my next visit. That was the end of my  first trip to the amazing Bhandup Pumping station & we returned with a smile on our faces and our cameras full of great pictures.

Sure enough I was back again after a few weeks with the better half in tow to do the boat ride one more time before the migratory season ended and the birds moved on. This time we were just 5 people there which was a welcome change, since it meant that there would be only one boat plying and the birds wouldn’t be disturbed a lot.

As we set off we saw the groups of stilts interspersed with other birds. There was a Cormorant sitting basking in the sunshine looking very pleased with himself and I couldn’t resist a photo.

As we saw the group of Shovellers this time we didn’t ignore them and took plenty of photos. These birds which migrate all the way from Europe to spend their winters here are one of the prettiest ducks. After I was satisfied with the photos we moved on towards the huge pink flock.

As I had mentioned before the better half is a huge fan of Flamingos & had gladly agreed to come with me when I mentioned flocks of them in close proximity. So we moved as close to the flock as possible, shut of the boat engines and just sat there among the birds for a while. It was impossible to believe that we were in the city till u looked at the skyscrapers looming beyond the creek.

There were flamingos everywhere we turned and I got some of my best photos of these birds that day in all sorts of poses. I was a happy man!

We must have sat in that location for half an hour before it was time to turn back as the tide was going back out. There were huge flocks of curlews flying overhead and I took a few photos of the birds in formation. 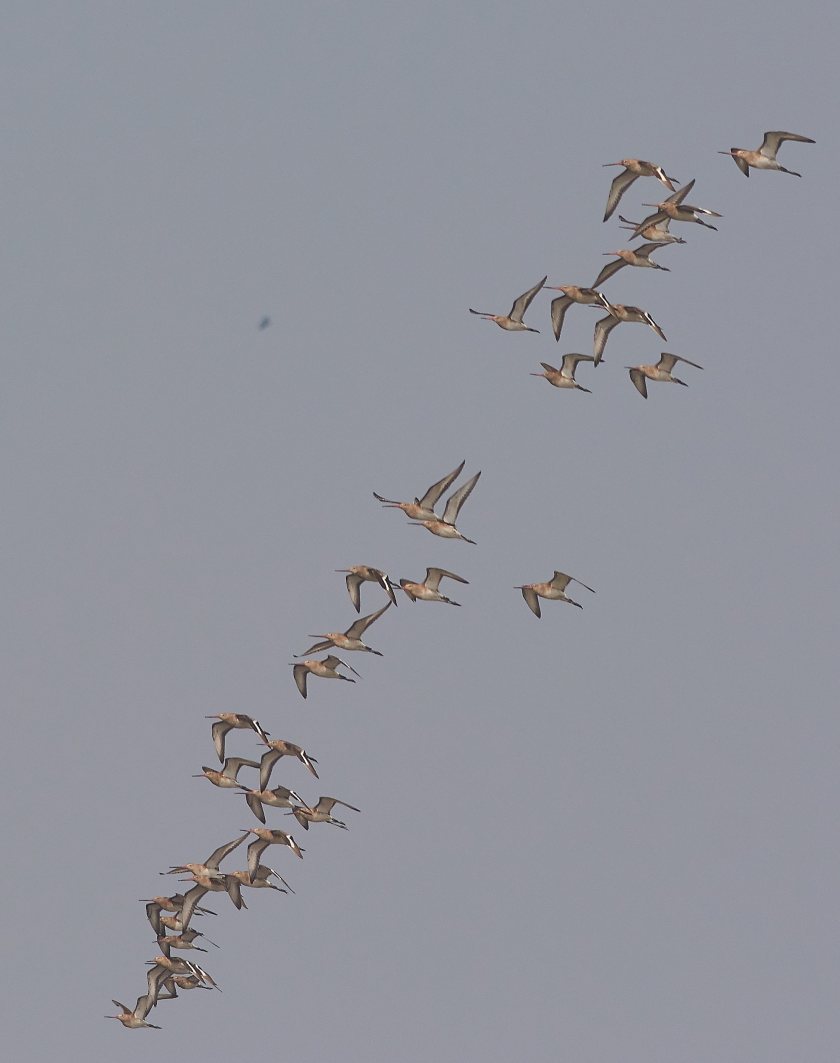 As we returned back to the jetty the boatman said that he had spotted some ducks going a bit further in. So we went into the narrow part of the creek and sure enough there was a pair of spot billed ducks. These ducks are resident ducks of India and they were surprised to see us. I could only get off a few shots before the startled ducks flew off.

We turned back to the jetty and returned to our car pleased with the days activity. It had been an eye opener knowing about this superb little haven for birds close to home. Both I  hope to be back to the Bhandup pumping station this season to see my feathered friends and capture them in my camera.

I end this post with a few more photos of the birds at Bhandup Pumping Station. 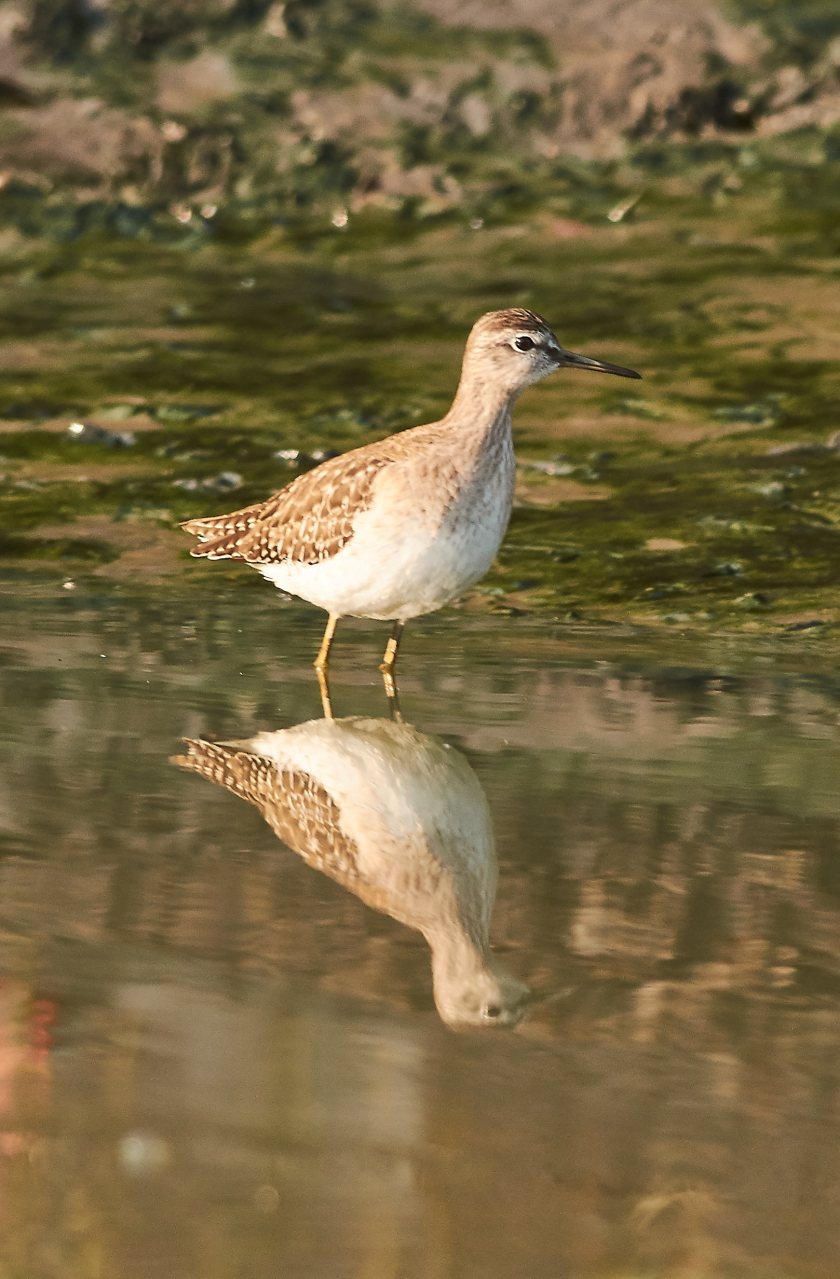