Finding a suitable place for a vacation is an exercise, which for me starts well in advance sometimes years before the actual date of travel!. Some place that I have read about in some book or some obscure travel magazine may be stuck in my mind for years waiting for the right time to actually plan a visit there. This vacation to a couple of places in the beautiful state of Himachal Pradesh was conceived maybe a decade ago when I had read about the Great Himalayan National Park in the Outlook guide about the National Parks of India

The Great Himalayan national park is one of the newer National parks in the country and a recent entrant into the coveted UNESCO world heritage sights list. When you think of national parks what comes to mind are jeep safaris or elephant safaris (although those have been stopped at most places nowadays). The GHNP is a totally different beast. No vehicle is allowed inside the park and only trekking is allowed. Further more, just reaching the park gate at present date (2019) requires a trek of more than 2 hours. The only option of staying inside is in a tent at the demarcated camp sites. It was something we had never done before. We had been on day treks of upto 20km in a day but had always returned to the comfort of a hotel bed. A camping vacation was something that we wanted to try in India first before giving it a go abroad & the GHNP seemed like the perfect place to start.

We contacted Himalayan Ecotourism which is a local cooperative enterprise that organises treks into the GHNP. After a few preliminary emails exchanged they seemed professional enough and so we went ahead and booked our trek ( Special mention to Hema Marchal who made the booking process easy and uncomplicated), a basic 4 nights inside the Park with them. They even organised our transport and stay before and after the trek, so it was just perfect.

We flew into Chandigarh airport and met our driver and drove the long and winding road towards the Tirthan Valley. Apart from a few stretches where the road is non existent ( paradoxically because of the ongoing construction of a 4 lane highway!) and a traffic jam that lasted for an hour it was a relatively comfortable 8 hour drive to Nagini where we were staying overnight at the Khem Bharti Homestay.

We had reached just at it had gotten dark and we got our room and rested for a while before having dinner and getting a good night’s sleep. We woke up refreshed the next morning, ready for our journey into hitherto uncharted waters for us.

We had a heavy breakfast of piping hot parathas and omelettes with sugary tea and soon our driver arrived to take us to the town of Gushaini where we would be starting our trek. We met our guide for the trek Mr Keshav Thakur, who we later found out is also the president of the cooperative society and also the driving force behind Himalayan Ecotourism Stephan Marchal, a Belgian who has made the Tirthan valley his home. ( We would be staying with Stephan and his wonderful family after the trek)

The first day trek was a 9 km walk to the campsite at Rolla. We had started the trek around 10.30 am and so we had plenty of time to get to Rolla before it got dark. Stephan was accompanying us till the gate of the park to receive a group that was returning from the trek to the Tirath glacier that feeds the river.  We handed over our big haversack to the porter that we had hired since we didn’t want to take too many risks on our first such trek. We reached the point where the trek starts and there was a lot of construction noise going on.

Stephan told us that it was a new  motorable road that is being built part of the way to the park gate. It had resulted in a lot of devastation around and Keshav said that this part which was previously very good for birding had almost become devoid of birds due to the constant noise.

While road construction is good for most parts of the country, tampering with the very fragile Himalayan ecosystem is something undesirable. The Tirthan Valley is at present a very peaceful place with only trekkers and birding enthusiasts visiting it and I am glad I visited it before it becomes yet another crowded holiday destination.

We continued walking the under construction road and we stopped when we saw a bird flitting about near the river. It was a spotted forktail, a bird we had seen after a lot of effort in Pangot last year and had evaded photography. The fork tail came up towards the road and gladly posed for the 300mm. That scratched my itch that had developed one year ago in Pangot!

It was a beautiful sunny day and though the forecast was bleak for the next day we decided to enjoy this beautiful day without worrying about tomorrow. Despite the destruction caused by the road construction natures beauty was on full display. Trees in bloom, berries on the trees, butterflies flitting around and flocks of himalayan and black bulbuls shrieking away to glory.

We walked around 3 km before we decided to stop at a place which had a clear view of the valley ahead. Stephan had decided to use the beautiful sunny day to shoot a few videos and he got his drone out to fly over the valley and take a birds eye view of the beauty below. We had to be satisfied with photos from ground level and since I had the 300 mm on I decided to take a few close ups of the peak visible.

We then started again on a now much narrower and forested path. It was a mud and stone path which had a few ups and downs but nothing very challenging from the physical point of view.

It was a pleasant day for a good walk in a relatively undisturbed forest. Intermittently there were small unnamed waterfalls which painted a pretty picture and were begging for a photo or two.

After a walk of around 7 km we were near the actual gate of the park. Just before the gate is a waterfall called the hippo falls named after the stone in front of the fall that looks like the animal.

Here we said our goodbyes to Stephan who would be waiting here at the camping area just outside the gate to receive the returning trekkers since he didn’t have the requisite permit to enter the park.

Keshavji did the paperwork at the gate office which was manned by one person. Himalayan Ecotourism had already obtained permits for us to stay 4 nights inside the park. We were informed that after the returning trekkers left the park this evening our team would be the only team inside the park! So we had an entire national park to ourselves – Amazing!

After the gate the terrain got even more beautiful, the ever present Tirthan gurgling along her rocky bed with mountains lined with trees on either side and blue skies above. No honking jeeps, no chattering crowds – Just the mountains and us!

We had 2 km more to go for the day before we reached our camp for the night at Rolla and we had plenty of daylight hours left. So we took it easy and took our time enjoying the scenery. We soon came to a wooden bridge across the Tirthan which literally swayed on every step. We took a few photos before moving to the safety of firm ground underneath.

We then came across another forest office midway to Rolla which was flanked by rough flowering lawns on each end. Such a beautiful location for a forest office! After a photo of the flowering meadows I changed lenses and turned my attention to the moths and bees attracted to the flowers.

The bees, moths and flies seemed oblivious to my presence and went about their daily routine giving me some decent photos in the bargain. 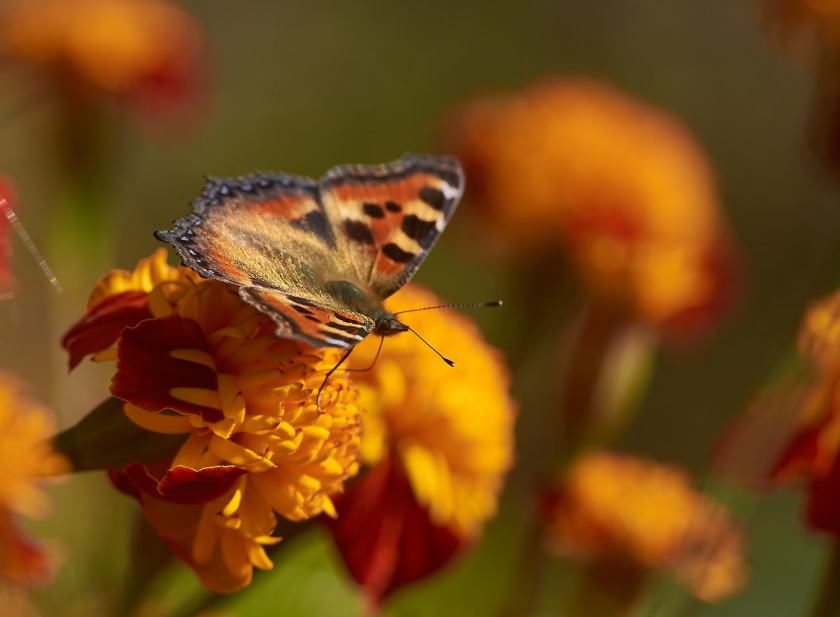 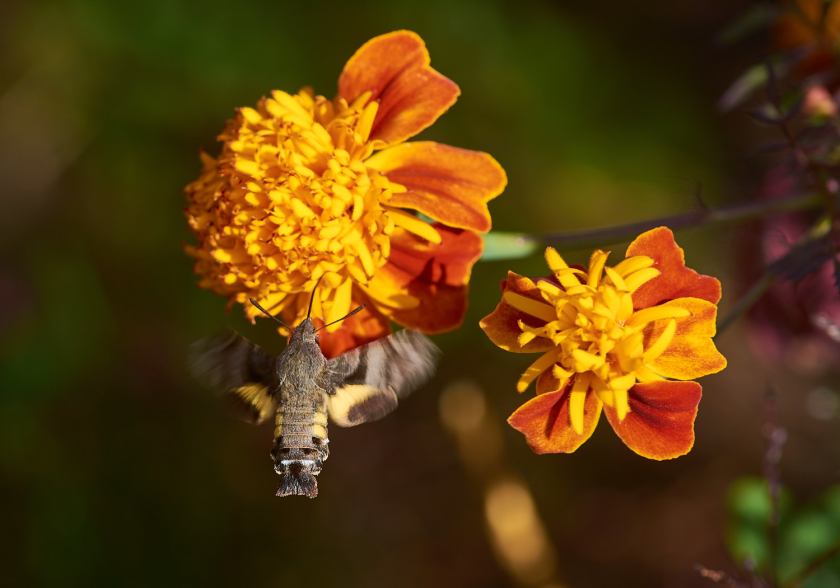 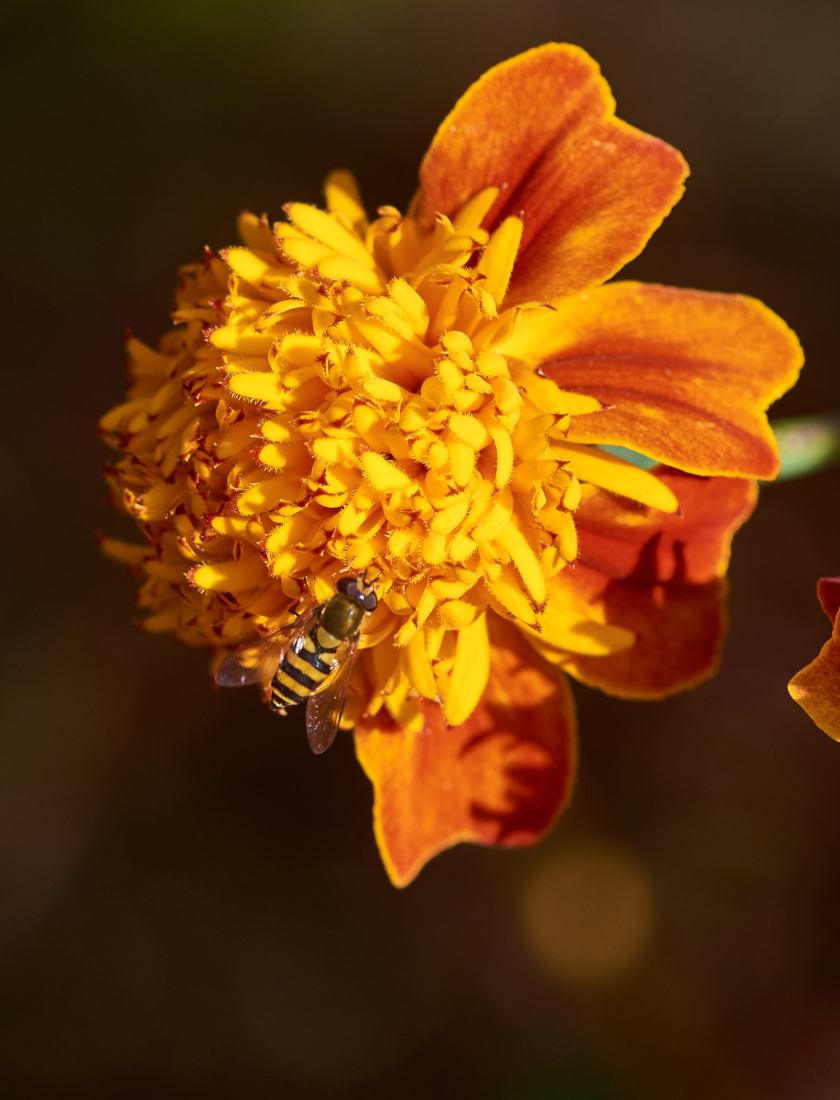 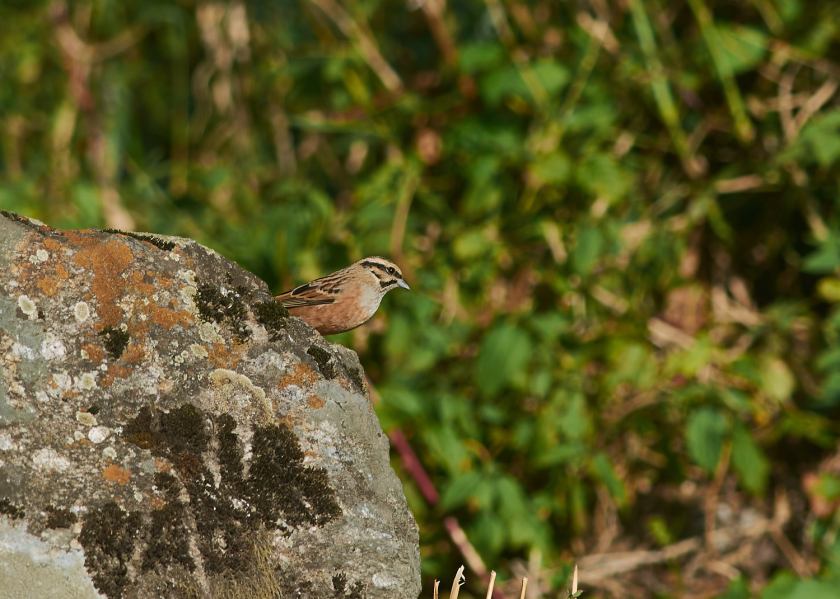 When I was satisfied with the photos we moved on and started walking our last kilometre towards Rolla. We stopped a few times for a white capped redstart and a robin, both posing beautifully on the boulders beside the flowing river. Birds posing are something that I can never resist!

Soon we reached the Rolla campsite after around 4 hours after starting from Gushaini. It was a campsite on the valley floor with green slopes rising on either side and the river flowing along side. A great location for a night halt. The team expertly set up our tent and we rested our tired legs and had our packed lunch.

The river alongside provided me adequate entertainment with a resident brown dipper and a whistling thrush going about their daily feeding. It was fun watching the dipper submerge and guess where it will emerge next. Thankfully it sat still long enough for me to get a decent photo.

The noisy whistling thrush gladly cooperated without a fuss and posed on a rock at the riverside.

As it was winter it got dark and cold real fast. The jackets were supplemented by sweaters and thermals inside. The gloves came out and the hood of the jackets went firmly in place. The team lit a bonfire in the constructed sheltered fireplace and we would be sitting there in the warmth of the fire till bedtime.

The team provided us with warm ginger and clove rich tea with maggi first and a varied dinner later. It was a luxury to get such tasty and varied food at such a remote location and we enjoyed it to the hilt after the long day’s walk.

We sat at the bonfire after dinner for a while and saw the moon come out from behind the hill. The sky was now becoming cloudy and my hope that the bad weather forecast for the next day would be wrong seemed to be dashed.

We retired to our weatherproof tent and set ourselves comfortably inside our warm sleeping bags only to hear the pitter patter of rain on the tent start after a while. We fell asleep after a while but the rains continued through the night.

Seemed like the weather gods were not happy with our plans and had decided to intervene. We would have to change our trek route and plans due to the weather, but that is a story for another post, some other time, some other day.